Pupils and training candidates in upper secondary education and training who do not benefit sufficiently from ordinary tuition are entitled to special needs education in the same way as pupils at the primary and lower secondary stages. This entitlement does not apply to apprentices, however.

Pupils may access special needs provision within ordinary study programmes, within an adapted or alternative study programme in school, or in workplace training.

The provisions on enrolment in upper secondary education and training contained in the Regulations to the Education Act were amended in autumn 2013. They reintroduce the concept of preferential consideration of applicants with extensive special needs in cases where pursuing a particular study programme is critical to a pupil’s chances of completing upper secondary education or training.

In addition to preferential consideration for specific study programmes, priority is also given to applicants with severely reduced functional ability, applicants entitled to tuition in or via sign language, and applicants who have been granted additional time to complete their studies.

Applicant figures for upper secondary education and training in the 2014/15 academic year show that just over 4,200 applicants (2 percent) have applied for a specific study programme.

Figure 7.11 Applicants for a specific study programme. As at 1 March 2014. Percentage 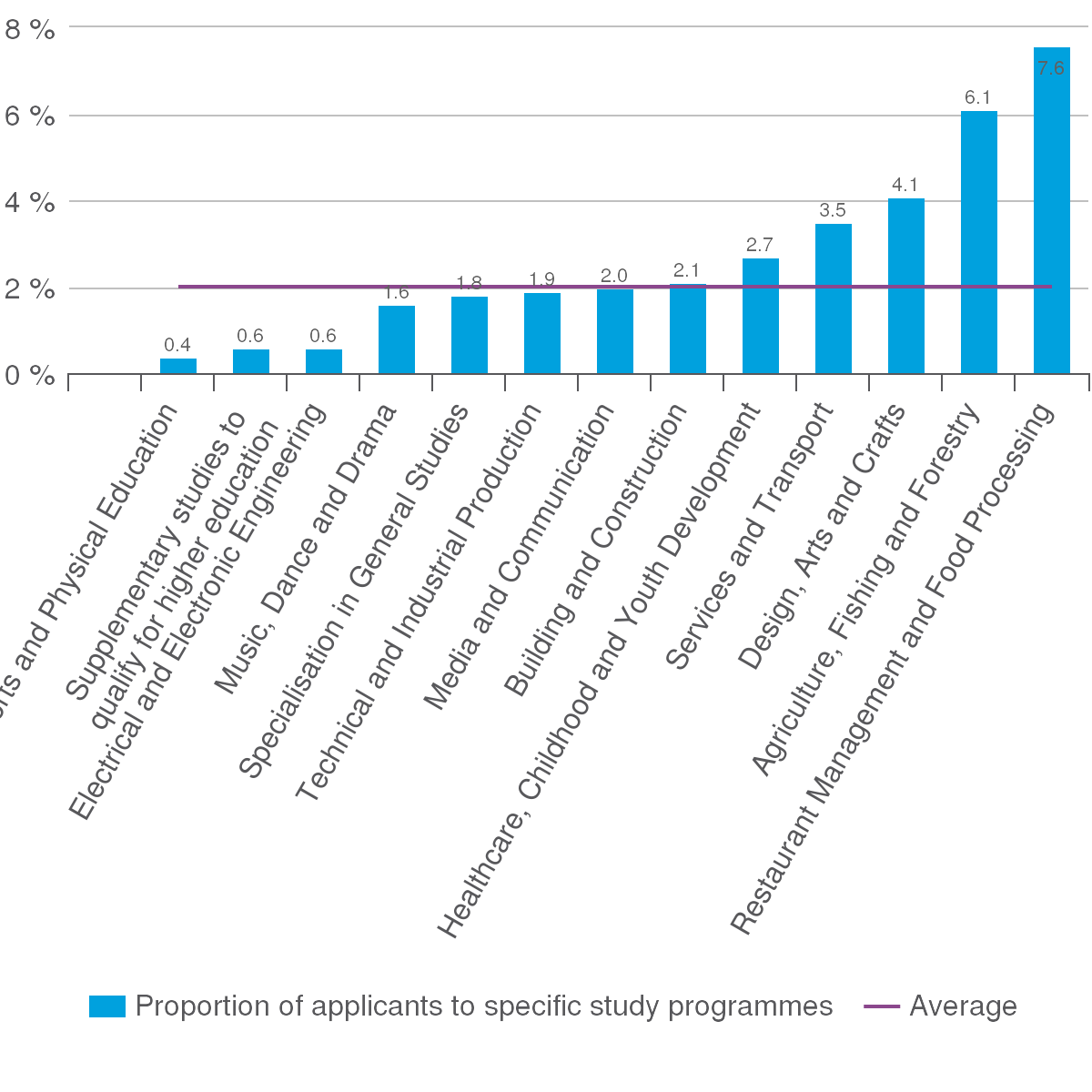 A basic qualification is a qualification at a lower level than a full vocational qualification or university and college admissions certification. The pupil or training candidate receives training that is based around those subjects, or parts of subjects, that she or he is able to master. Some pupils make significant departures from the curriculum in all or most subjects, while for others it is a case of minor deviations from the ordinary curricula.

When completing their education or training, the pupils or training candidates are awarded a training certificate describing in which aspects of the subjects they have acquired skills. 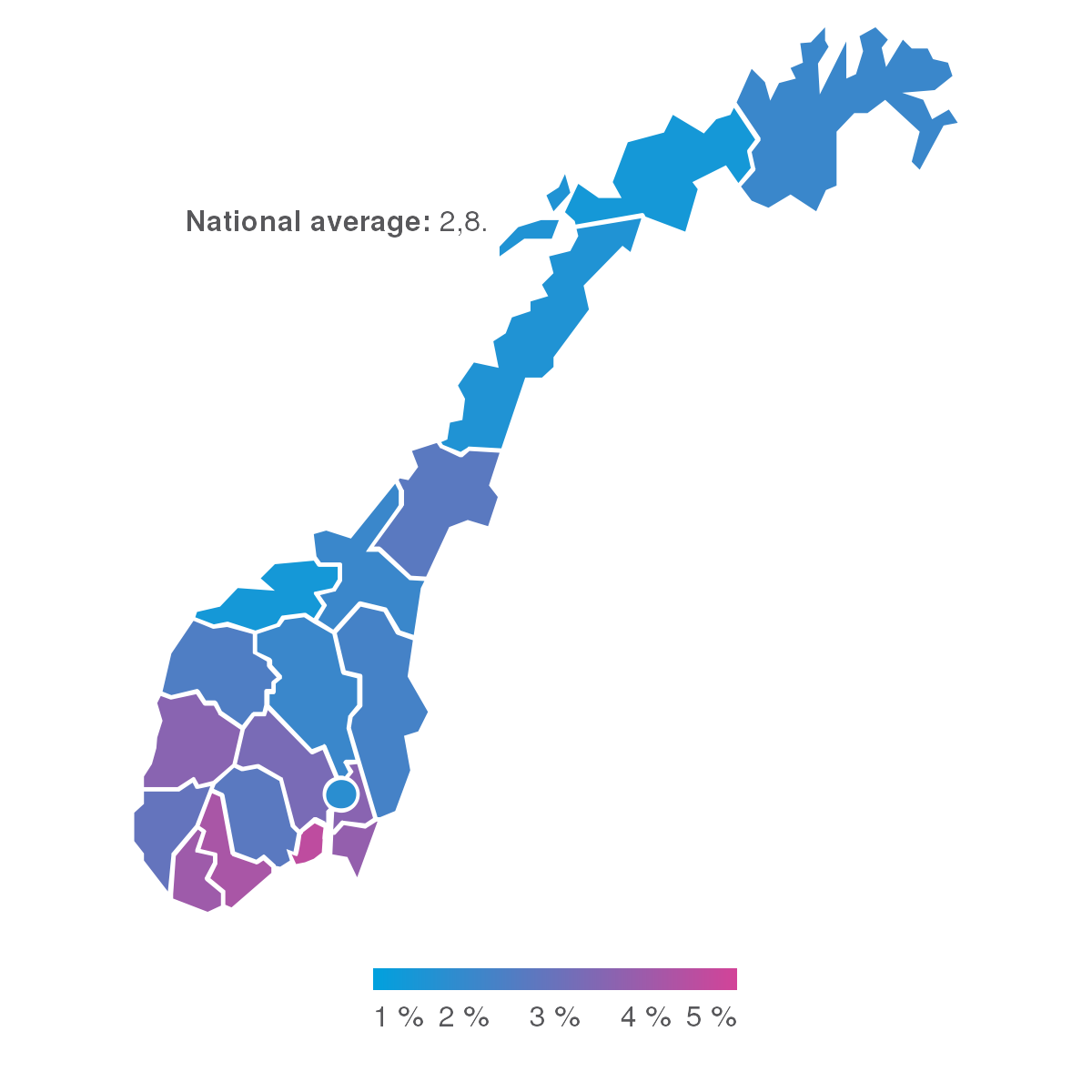 Of the 5,000 or so pupils studying for a planned basic qualification as at 1 October 2013, the majority (3,700 pupils) were given tuition in separate groups outside ordinary classes, a number that has remained stable over the last three years.

Of the 3,700 pupils registered as receiving tuition in separate groups, just under 2,100 have extensive special needs. These pupils often study in very small groups, and some of them have such severe special needs that they receive individual instruction by a teacher for some of the time. 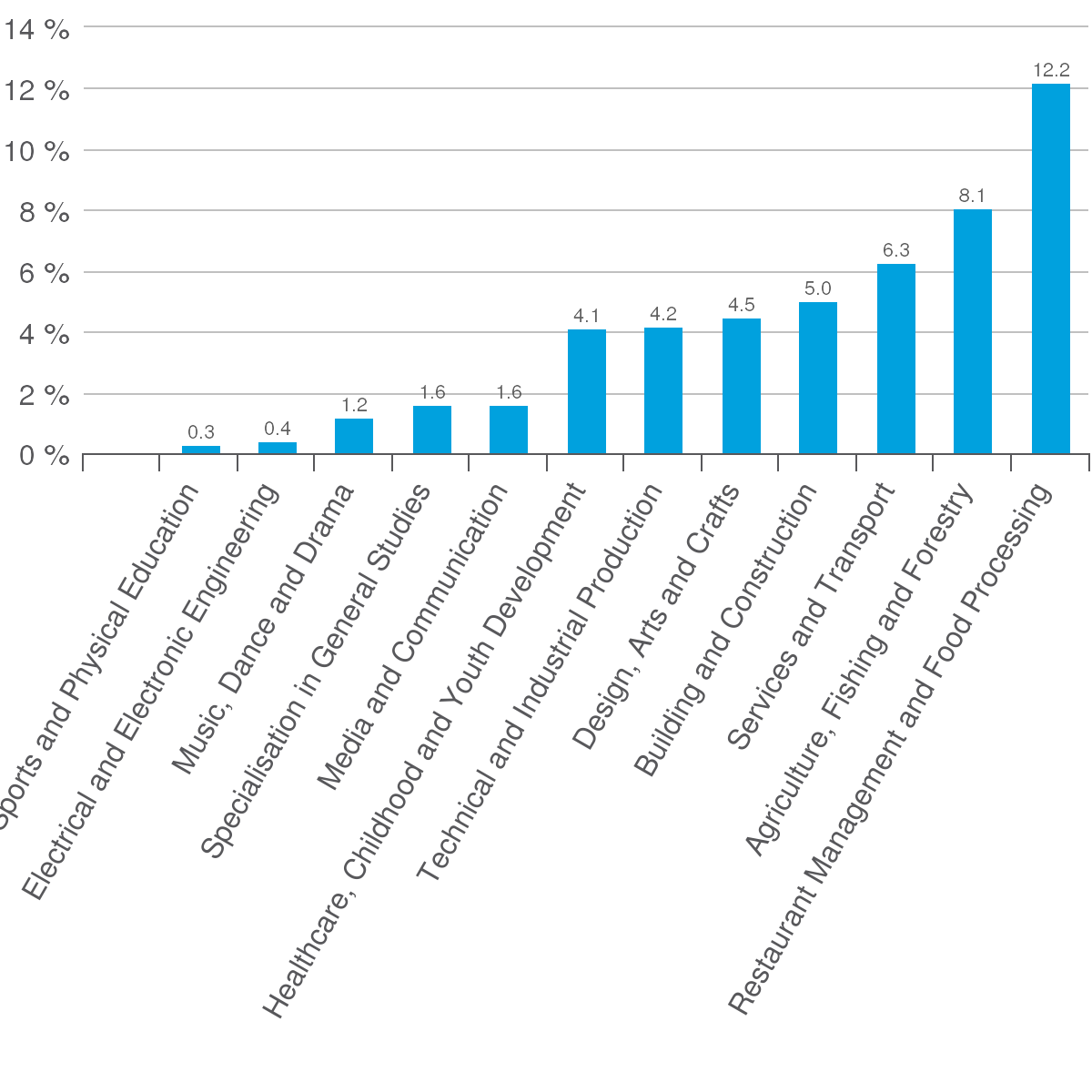 A training candidate will enter into a contract with a training establishment and sit an attainment test. This is a less extensive test than the apprenticeship and journeyman’s examinations.

Around half of the applications concerned apprentices and training candidates on the programmes for technical and industrial production and healthcare, childhood and youth Development.