National tests do not measure attainment in individual subjects, but rather in fundamental skills required in all subjects. National tests in reading and numeracy do therefore not only centre around the attainment targets in Norwegian and Mathematics, but are also based on other subjects where targets for reading and numeracy are integrated. The national English tests differ from the other two tests, since they are based on the attainment targets for English.

National test results should be used to help improve quality in schools, by school owners and at a regional and national level. Test results should also help strengthen the schools’ and their teachers’ work to improve the tuition they provide.

Although the biggest municipalities on average achieve the best results in national tests, there are also a number of small and medium-sized municipalities performing better than the national average.

The counties Oslo and Akershus perform better than the national average

When comparing counties, we note that Oslo and Akershus perform slightly better than the national average in national tests in Year 5 (Figure 4.1). Pupils in Oslo and Akershus perform above the average proficiency level in all national tests in Year 5. Sogn og Fjordane also performs better than the national average in the numeracy test. This pattern has remained stable year-on-year. 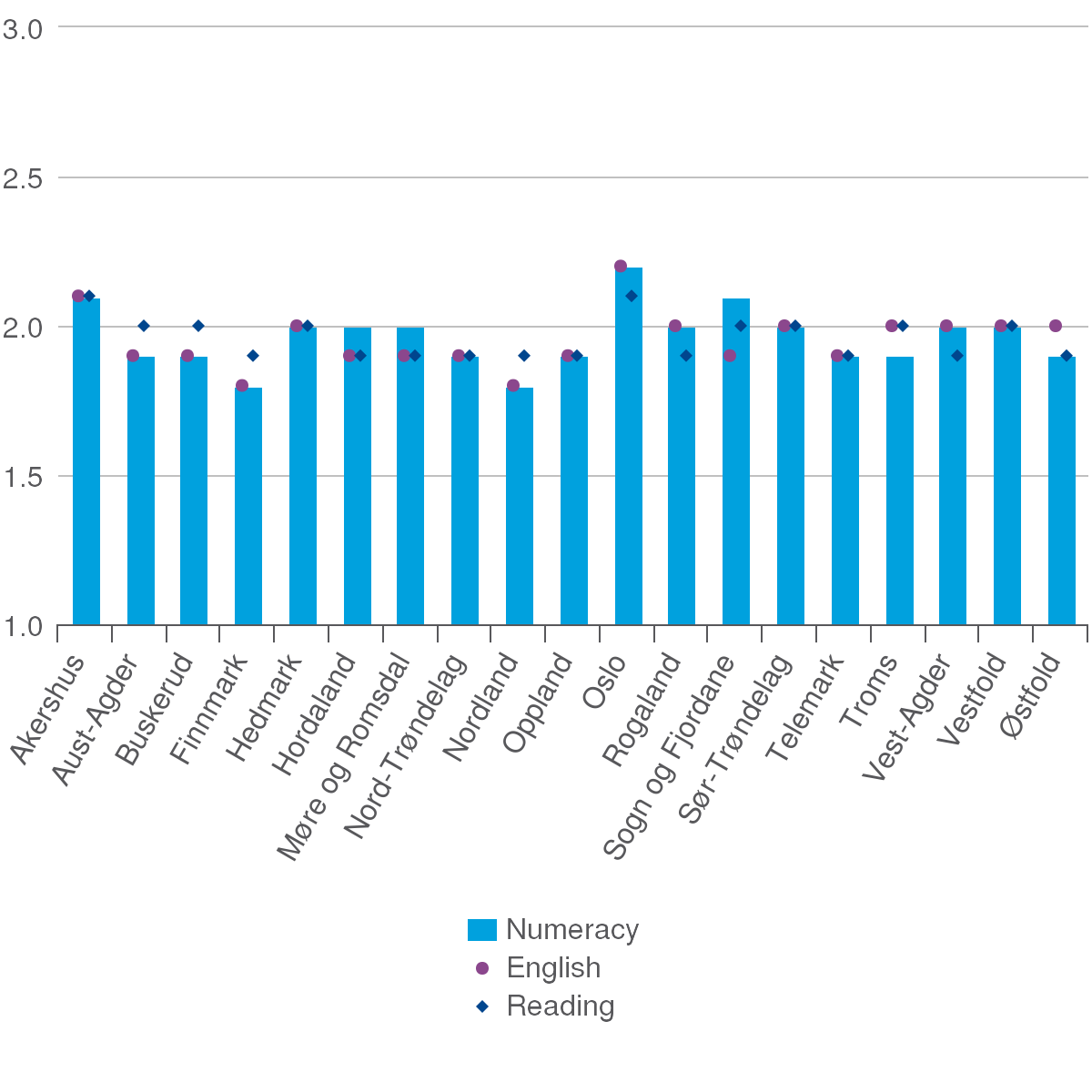 Distinct correlation between results in Year 5 and Year 8

On average girls achieved better results than boys in the reading test, while boys achieved a higher average score than girls in the numeracy test. There was no difference between girls and boys in the English test in Year 5 and Year 8. 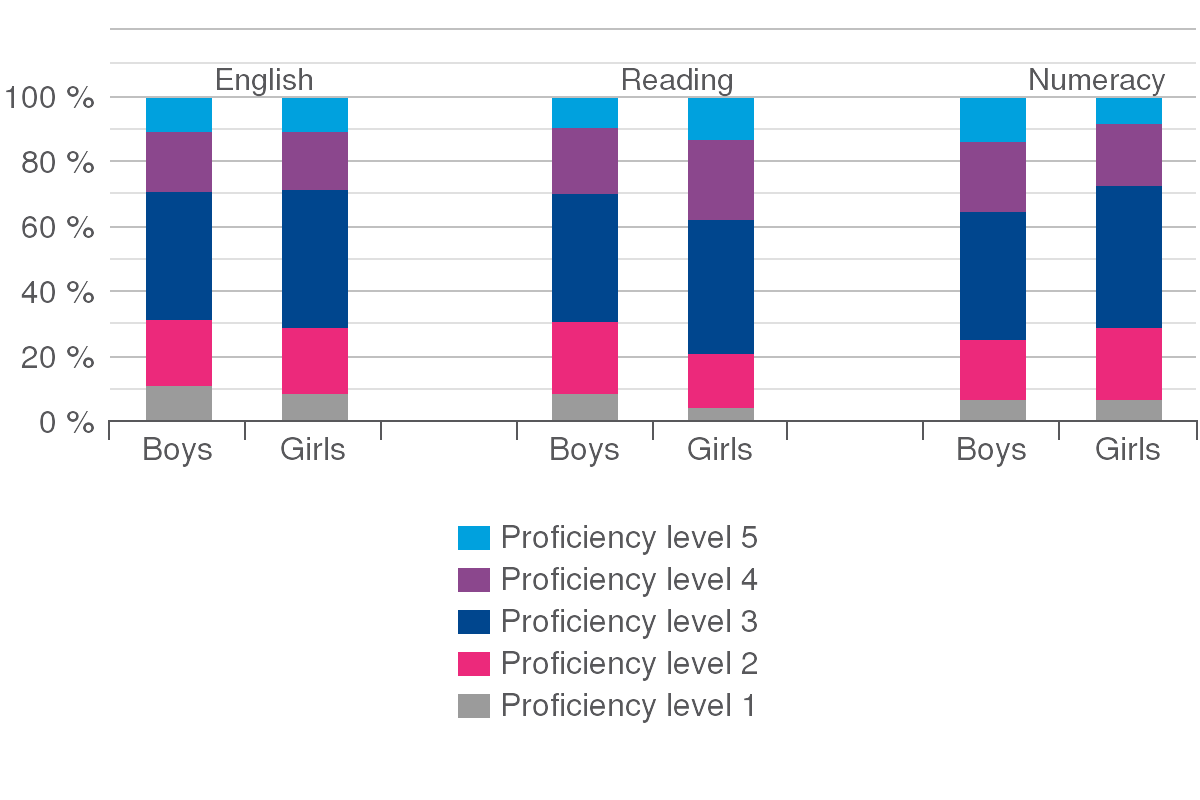 The pupils’ levels of proficiency in national tests in Year 5 vary according to their parents’ level of education. The parents’ level of education is especially relevant to the numeracy test, but the pattern is the same for all the tests. 33 percent of pupils with parents who hold higher education qualifications achieve Level 3 in numeracy, while the figure for pupils with parents without higher education is 15 percent (Figure 4.3). 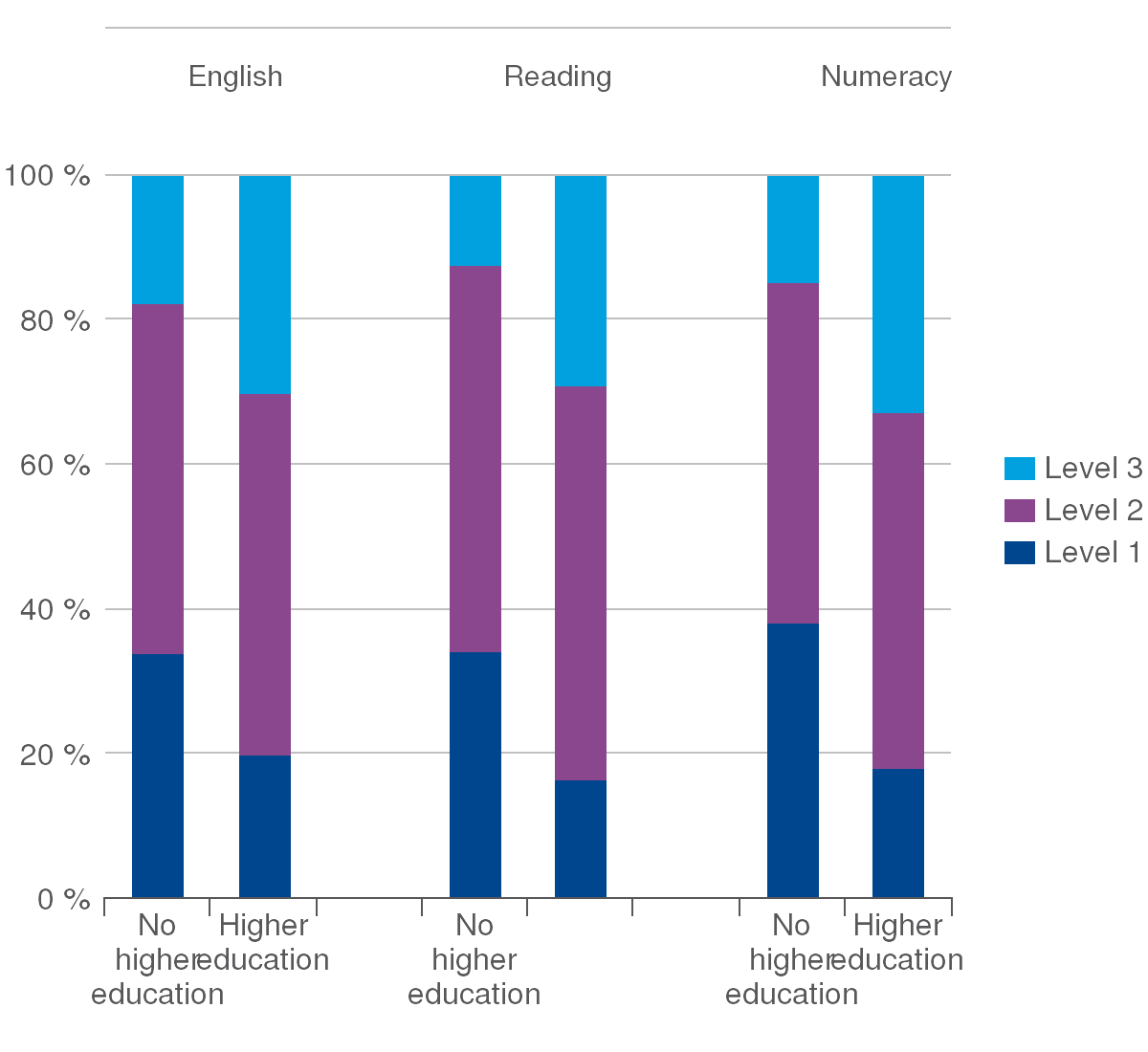 Continued increase in the proportion of pupils exempted from national tests

The general rule for national tests is that they are compulsory for all pupils. Pupils for whom individual decisions have been made to provide special needs education or special language tuition for language minorities may be exempted from national tests if it is clear that the test results will not have a bearing on their continuing education.

We find the highest exemption rates in Year 5, especially for the reading test. 5 percent of pupils were exempted from the Year 5 national reading test in 2013. The proportion of pupils exempted from national tests increased for all tests and in all year groups between 2008 and 2013. The intention of the exemption rules is to grant exemptions to pupils who do not benefit from the national tests. However, a high number of exemptions could mean that valuable information about pupils is lost – information that could benefit school owners and individual pupils. In order to be able to compare results, it is important to ensure uniform application of the exemption rules. 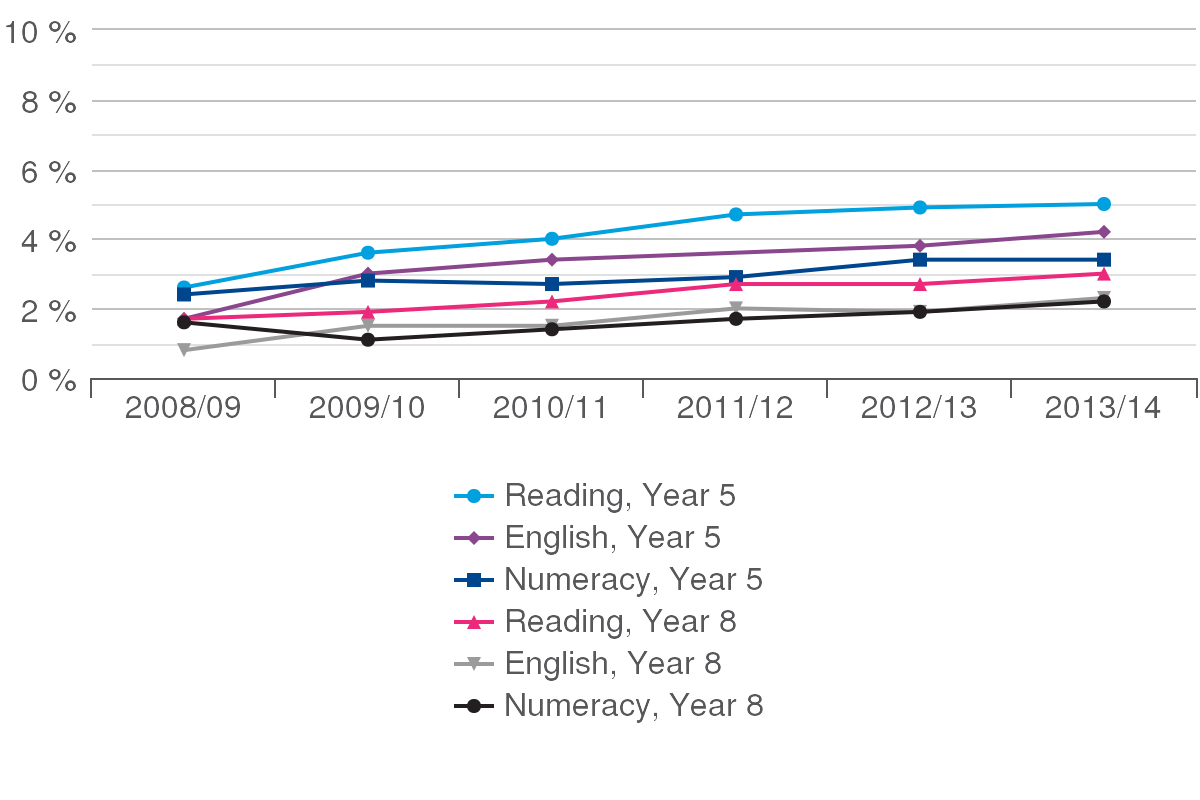